THE SAGA OF SUBROTO CUP: An Exalted Account of Football Tournament- September 2019 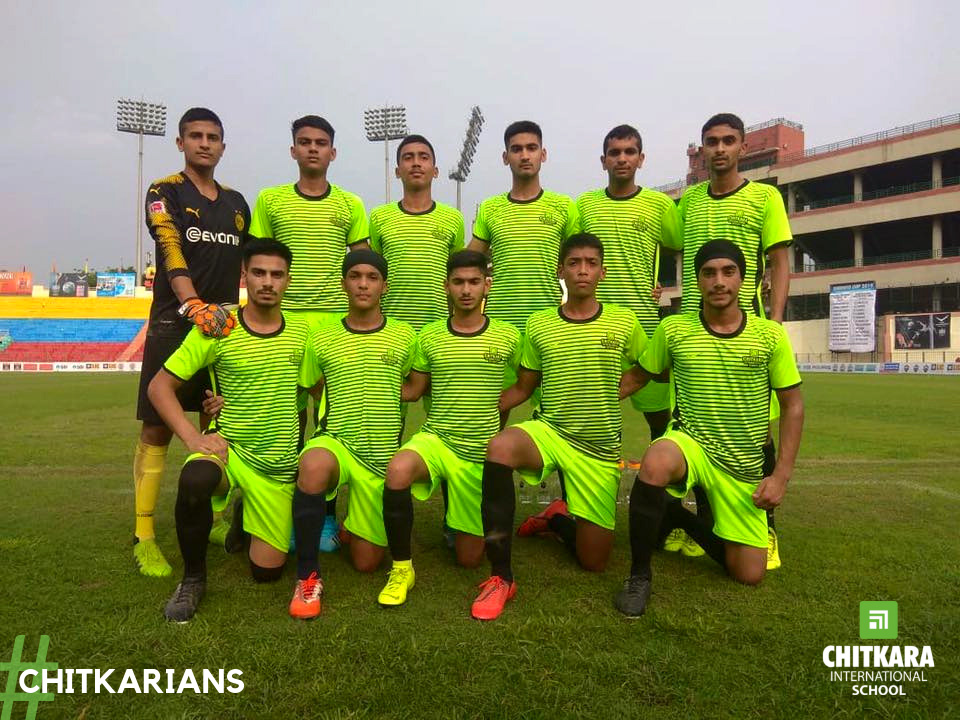 The Voyage to Subroto Cup

Football has genuinely moved to the forefront of fitness activities undertaken by the youth of our country and Subroto Cup provides a platform, well, a playing field, to the budding footballers of our nation to exhibit their talent at the hugely admired game. Ever since its inception in 1960, the cup has witnessed an upsurge in the number of participating schools (adding ours to the list this year!!). Honouring the vision of Air Marshal Subroto Mukerjee, the cup is organised annually by the powerful synergy of Indian Air Force (IAF) and Ministry of Youth Affairs & Sports. We are delighted to announce Chitkara School’s stint at the prestigious Subroto cup in the U-17 Boys category. This knockout tournament kept us all on our toes!

We are exultant to share the significant victory of Chitkarians in the first match of Subroto Mukherjee Football International Tournament held at Ambedkar Stadium, Delhi. The diligent U-17 football team of the school played their inaugural match with great avidity and passion against the team of Afghanistan. Gurtegbir heroically scored the 1st goal at 39th minute of the match. The match further ended up in a draw, with the score of 1-1. The school team truly looked piqued and geared up for the upcoming matches.

The school has been jumping with joy after witnessing the performance of the school’s U-17 football team at Subroto Cup. As a matter of fact, the dignified victory of our school’s team on Day-2 of the league is indeed worth mentioning as our team triumphantly defeated its opponent, the team of St. Xavier’s Higher Secondary School, Mapusa, Goa, by the margin of 2 goals with the final score that stood at 3-1.

The U-17 Boys football team of the school yet again outshined their opponents at the ongoing Subroto Cup International Football Tournament. The match was held in New Delhi against Jawahar Matric Higher Secondary School, which ended with a whopping victory falling in Chitkara team’s lap that put forth an intimidating score (for the opponents!) of 7-0. The team played rather vigilantly on the day and exhibited sublime playing techniques. The leading light score of 4 goals was achieved by Gurnoor while Sajan, Satyam, and Amrit added one goal each to the team’s final score count.

The good news kept pouring in as the result of the match held on Day- 4 of the Subroto International, Football Tournament was positive. The enviable flair of the U-17 team was on full display as they played tremendously well against DAV HZ Senior Secondary School, Udaipur. The match concluded in a draw with the score of 1-1 and the scoring goal was gallantly struck by Gurtegbir from our school team.

The team’s performance at the League has surpassed everyone’s expectations and has been a constant cause of celebration in these past few days!! The school management, as well as the faculty, is surely beaming with pride for the young representatives of the school have brilliantly shone and excelled at the 115 yds × 74 yds pitch. Bringing home some noteworthy lessons and fantastic memories from the tournament, Chitkara’s team is sure to flare back with a full charge to clinch the Subroto Cup trophy in 2020!

P.S. We wish our assiduous team all the best for maintaining the winning streak with the similar perseverance in the future matches too!!