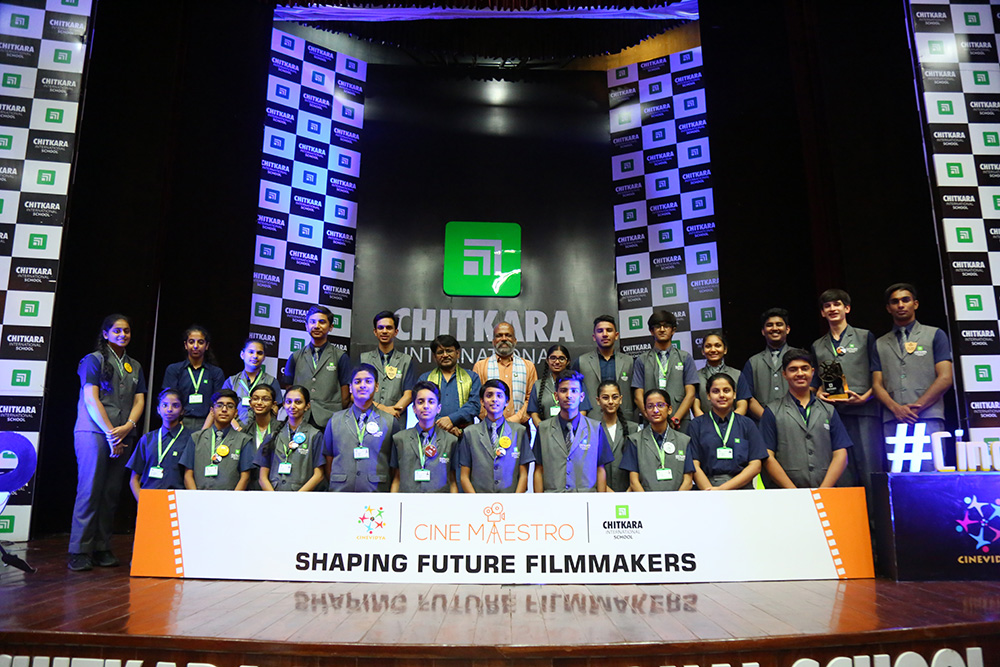 From time immemorial, the desire of powerful storytelling has triggered humans to seek questions to mull over. The widely acknowledged significance of storytelling was upheld by Chitkara International School (CIS) as it organised its annual mega film festival and award ceremony, celebrating the tenacity of Tricity’s budding filmmakers. The school was abuzz with a great deal of excitement as the mega film festival called ‘CineMaestro – shaping future filmmakers’, held a screening of veritably impactful films that were conceived by participants. The mega film festival, ranging from the three-day workshop to the concluding award ceremony was conscientiously shaped by CIS in its rewarding collaboration with Cinevidya, Mumbai. Cinevidya, a futuristic project and a highly distinctive social enterprise is being helmed by Mr Amitabha Singh, a notable Indian cinematographer and film producer known for Chillar Party, Khosala ka Ghosala etc.

The students had a hands-on experience of making films and were edified on modules like Film Craft, Acting, Animation, Choreography and Advertisement. Cinevidya team lead by Mr Amitabha Singh along with other industry experts like Mr Anant Vidhaat Sharma, Ms Amritpal Kaur Barot, Mr Ambar Chakravarty, Ms Latha Bs. and Ms Nidhi Chauhan fervently apprised 300 students from 16 schools of Tricity with a fixed intent and purposeful aim of unleashing and subsequently strengthening the filmmaking skills of the children.

“The industry advancement that has exponentially widened the possibilities of experimenting in the field of filmmaking, choreography, animation, advertisement, etc. poses as the testament of a promising future for the upcoming generation. And in the backdrop of the same, the know-how of filmmaking that is being imparted to the students by CineMaestro in cooperation with Cinevidya is undeniably laudable”, said Mr. Yadav applauding the idea of the film festival.