Chitkara Chefography- an escapade for the promising culinary masters

With a noble aim to enable and empower the upcoming chefs to discover and exhibit their cooking abilities, Chitkara International School organised a Culinary Arts Competition “Chitkara Chefography- an escapade for the promising culinary masters”. The said competition strived to enrich and disseminate culinary education among the students and inspire the enthusiasts to undertake professional training in the art and science of cooking & food preparation. Mr.Sushil Kalra: Deputy Dean, Chitkara College of Hospitality Management, Chef Shankar Kumar: Executive Chef Trainer, Chitkara School of Culinary Arts and Chef Kapil Bhardwaj: Sous Chef Trainer, Chitkara School of Culinary Arts from Chitkara University ennobled the 7-day long event by their benign presence as the diligent mentors and noble judges. 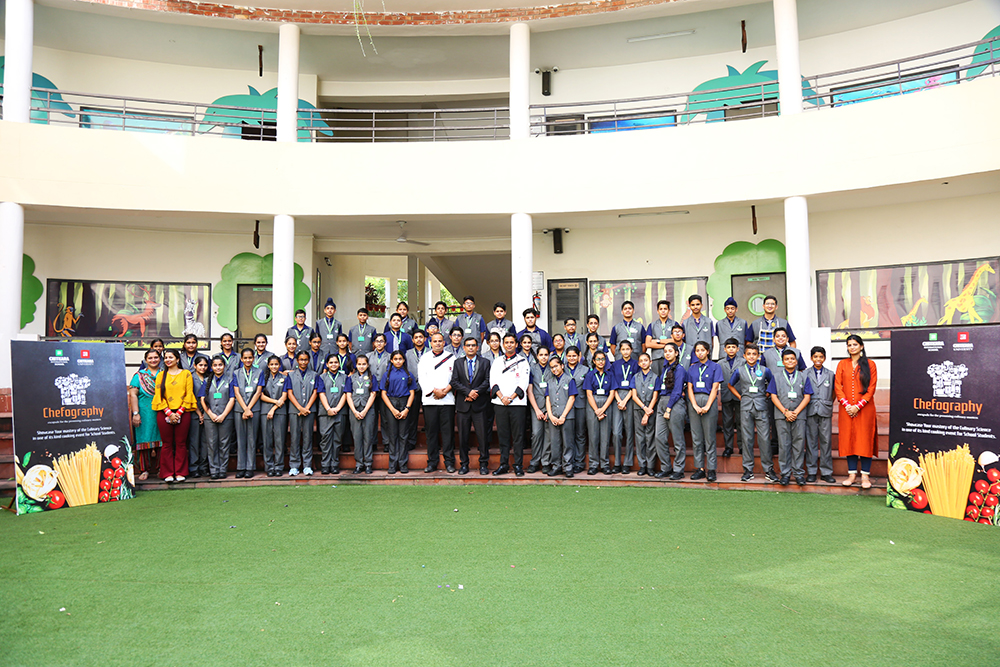 The tremendously exciting Round 1 of Chitkara Chefography witnessed numerous scintillating performances from Chitkara’s upcoming chefs who undoubtedly manifested admirable creativity and ingeniousness through well-conceived and well-executed dishes. The participants were required to prepare a dish without flame i.e. the first round of the culinary competition entailed the challenge of “cooking without fire”. Emerging chefs of Chitkara put forth several sumptuous, tempting and inventive dishes with absolute conviction and assertiveness. The dishes those included various kinds of salads, sandwiches, snacks, puddings, and drinks not only had a supreme taste but also displayed great finesse and intricate cooking techniques. The judges meticulously shortlisted the participants for the second round of the competition. 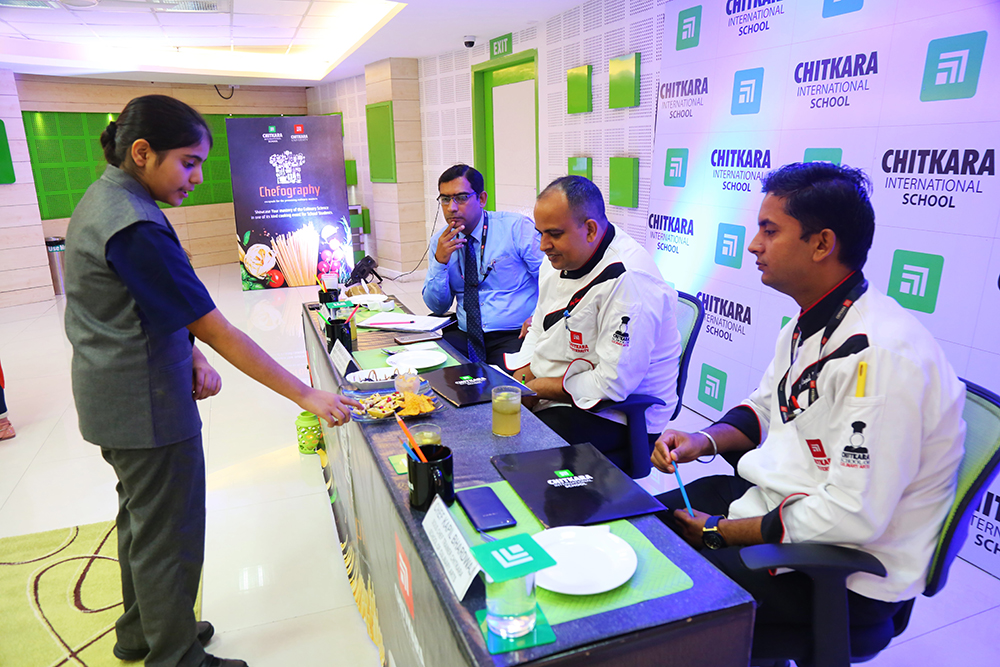 It can be stated with absolute certainty that ceaseless learning ensures ceaseless growing. Therefore, the industrious contestants who triumphantly qualified for the second round of the Chitkara Chefography underwent rigorous 4-day training at Chitkara University. On the day one and two of training, they were apprised about the essential cooking techniques that are invariably entailed in the preparation of several favourite savoury foods viz. Hot and Sour Soup, Vegetarian Cheese Momos, Murgh Malai Tikka, Russian Sandwich, Pinwheel Sandwich, Cream of Mushroom soup, Apple and walnut salad, Mulligatawny soup, Tomato, and Basil Brushetta, Thin crust pizza, Grilled paneer, and Veg. Kathi Roll, etc. The day three and four of the training were largely dedicated to preparing items for the delight of a sweet tooth like Carrot Cake, Nankhatai, Chocolate Cupcakes, Banana Cake, Coffe, and Raisin Cookies, Chocolate Tart, Fudgy Brownies, Bread Butter Pudding, Chocolate Mousse, etc. The said delicacies were prepared live, which aptly provided the participants with a supreme first-hand learning experience. Furthermore, the Chefography workshop so conscientiously helmed further informed the students about the principally employed key ingredients of different dishes those make each dish stand out. 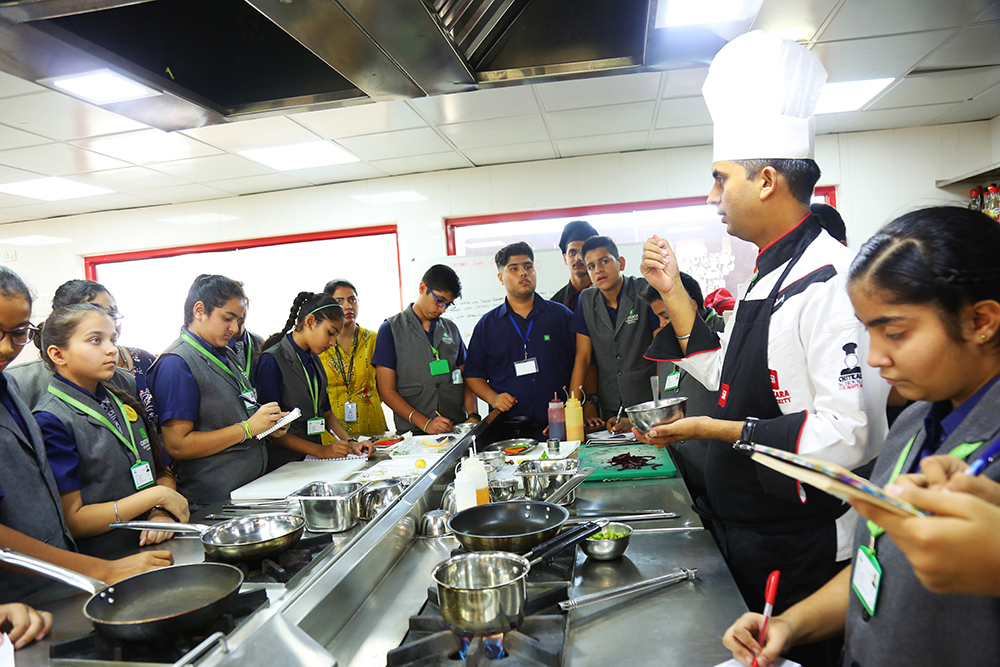 Round two of the Culinary Arts Competition beheld heaps of excitement. Each participant got a separate workstation and they were asked to make Beetroot Carpaccio, Green Pea Soup, Touille, Rosemary Toasties & Thyme Croutons and Assorted Tarts with Lemon Curd & Chocolate Ganache. The students were given 45 minutes to prepare 2 dishes along with enhancing its aesthetic appeal i.e. food plating. To give students the needed support, they were allotted one mentor of the Hospitality department of the Chitkara University. The dishes made by the students were judged by three esteemed chefs of the university. The winners of Round 2 further competed in the final round. 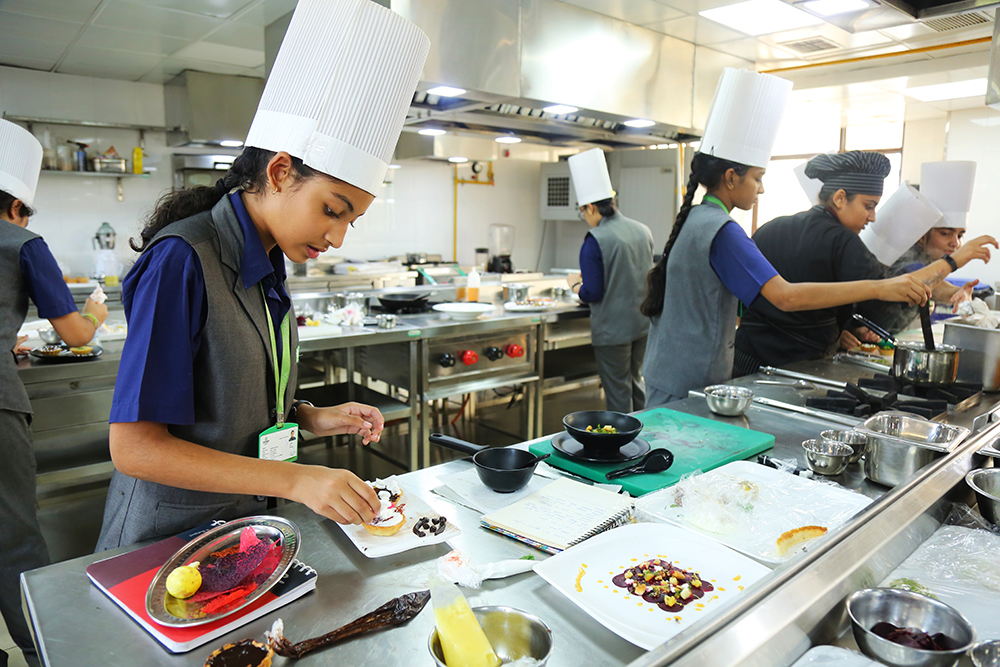 The assiduous participants of the final round of Chitkara’s Chefography Competition put forth their best foot and presented several sumptuous dishes to the esteemed judges. The palpable energy and the supreme enthusiasm of the finalists made the final round rather convivial and pleasurable both for the participants and the judges. The participants were required to prepare three tempting dishes for the competition viz. Pizza/ Momos, Fruit / Vegetable salad and Brochette. The children skilfully laid some delectable dishes in front of the judges. Besides exhibiting their enviable cooking skills, the children also manifested their time management ability. The final round was concluded with the merry announcement of the winners with Japleen of Grade 9 Alpha bagging the first prize. She was followed by Monika of Grade 8 Sigma and Manveen of Grade 7 Beta. The prizes were bestowed upon the participants by a few notable personalities from the hospitality industry. CIS wholeheartedly congratulates the winners and wishes them best of luck for their promising future. 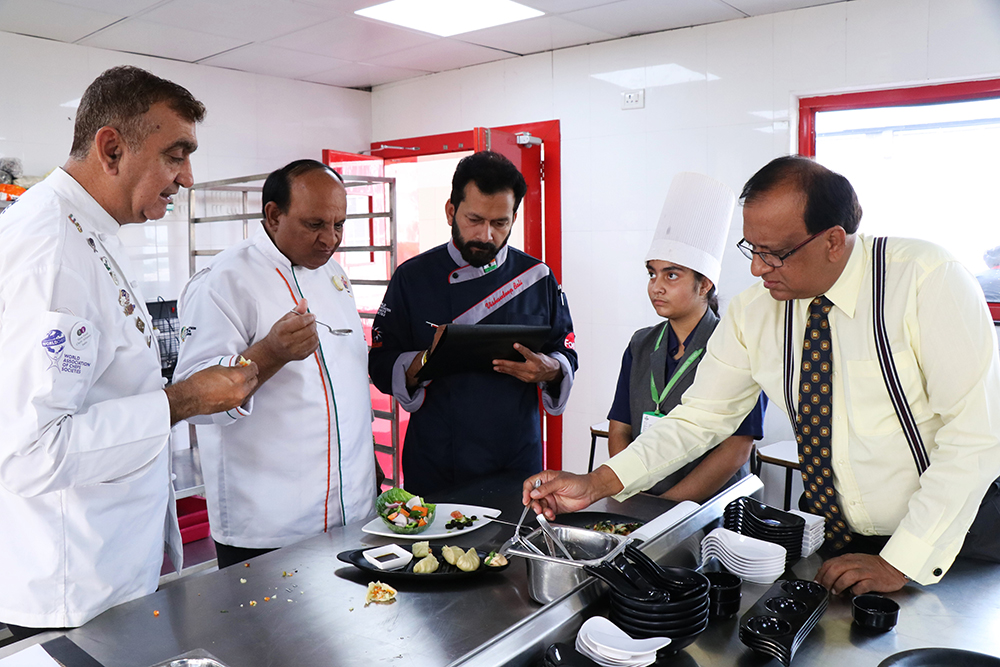 Baking and cooking can be finicky but oddly also great for children. Since children are in their formative years, if they learn the basics of cooking and baking right from childhood, they can surely do wonders. Apart from the apparent cooking skills, learning the art of cooking also helps to build self-esteem, teaches the importance of following directions, and puts the children on the path to a lifetime of healthier eating habits. 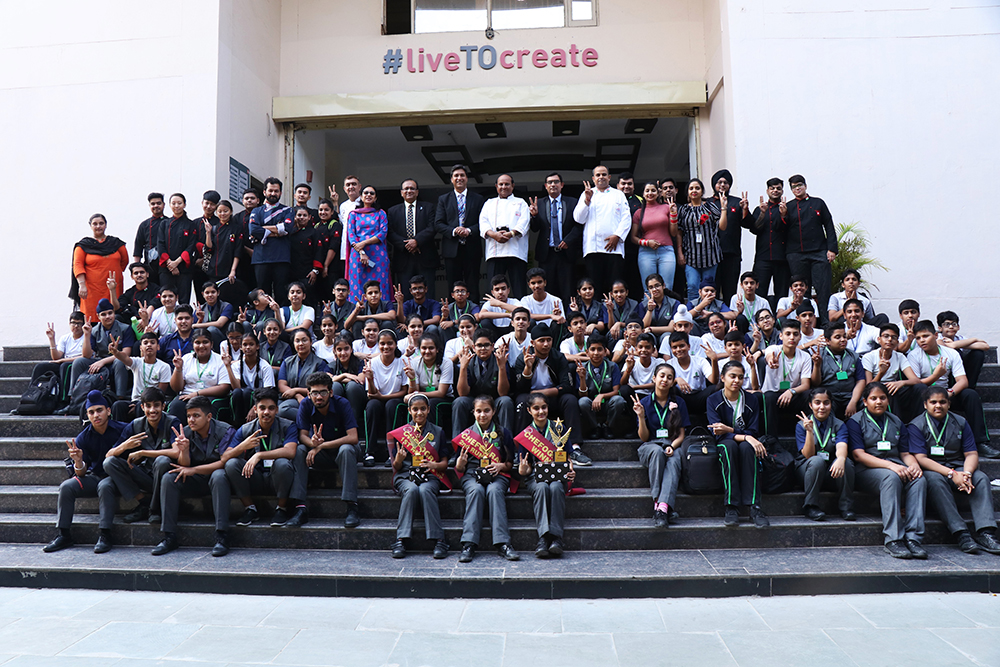